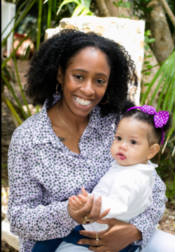 People usually pose the question,” Do you have any guilt about being sick” expecting an answer along the lines of “Yeah, when I’m a burden to others” or “Yes, when I can’t participate in events”.  Both are good responses. But no one ever expects to hear, “Yes, I feel guilty that I’m alive”. Sis, what?? Their mind is blown. Next topic please!
Part of my story is this… I do feel guilt for being alive at times. I feel heavy with the burden of having to live my life. There are many people who have lost their life to Sickle Cell. Their families were left empty and hurt. That was predicted to be my destiny as well. It hasn’t been and I’m thankful. But with great blessings come great responsibilities.

There are two mothers whom I think about often. They both lost their sons to complications from Sickle Cell.  One, I cross in the hallways at work and I’m such a coward. I can’t even muster a good morning to her sometimes because I feel like my existence is offensive. I want to shrink into the elevator floor or hallway wall whenever I see her.

The other mother who lost her son, my cousin, I see occasionally and I usually feel like I have a coal in my throat. We giggle about whatever topic we’re talking about, but I’m usually hoping the interaction ends soon because once again, I feel my presence is offensive, like I’m a disgusting bug that repulses people at times.

I feel the sadness that exists because of the loss. What words do you offer a mother that has lost their child? None that will ever make it okay. So, I offer no words on the topic and avoid it at the cost of making interactions awkward.

These are both gracious and loving women who don’t see me as offensive, however it isn’t lost on me that sometimes we ask ourselves “Why me?”.  So, why them? Why not my mother? I do not know the sovereign answer to that.

I do know my journey and I do know their sons are represented in my footsteps. And in order to respect their memory, I have to make the best out of the life, since I have it. Feeling thankful yet shame is such a divisive feeling. It makes me want to crawl under the covers and just hide from the world.

Has there been a time when you felt shame or guilt? Did it stop you from moving forward? Did it stop you from seeing the joyous things in life? We often like to punish ourselves for our shortcomings because “at least we’re doing something about it”. I challenge you to put down shame and or guilt, take up honor and dignity and choose a path that will ensure the loss or mistake was not in vain.

My cousin’s journey was his journey and who am I to act like I had the power to save his life? Yes, I froze when I found out he was diagnosed with Sickle Cell. How dare I not fight for him? He was battling just like me. Crying just like me. Hurting just like me. “You’re such a pathetic girl; You couldn’t even pull yourself together to offer words of support”.

Is this a realistic feeling? I don’t know, but it’s how I’ve felt.  Guilt means you have committed a crime. I have not committed a crime, but I have committed offenses towards myself. They include being resistant in accepting my calling, feeling shame in not doing more for my cousin when he was alive, believing I have the power to save others and not recognizing my humanity throughout it all.

For a reason, I was chosen to live. “So girl, be merciful. Forgive yourself.  You’re human and your guilt serves no purpose other than to punish yourself for what you deemed wrong”.

The consequence of not following my purpose and letting the guilt paralyze me is bigger than me. I have not endured the pain to succumb to it. I try to let go of what I thought I should have done and do what I can do now to correct the situation.

I salute all mothers who have lost a child; I imagine it is one of the hardest losses to endure. There will be no replacement, but I humbly see myself as your child just trying to make my way and birth something that resembles the greatness of your child, before I pass away.

Metanoia: the act of having a profound thought changing outlook: Rebirth.